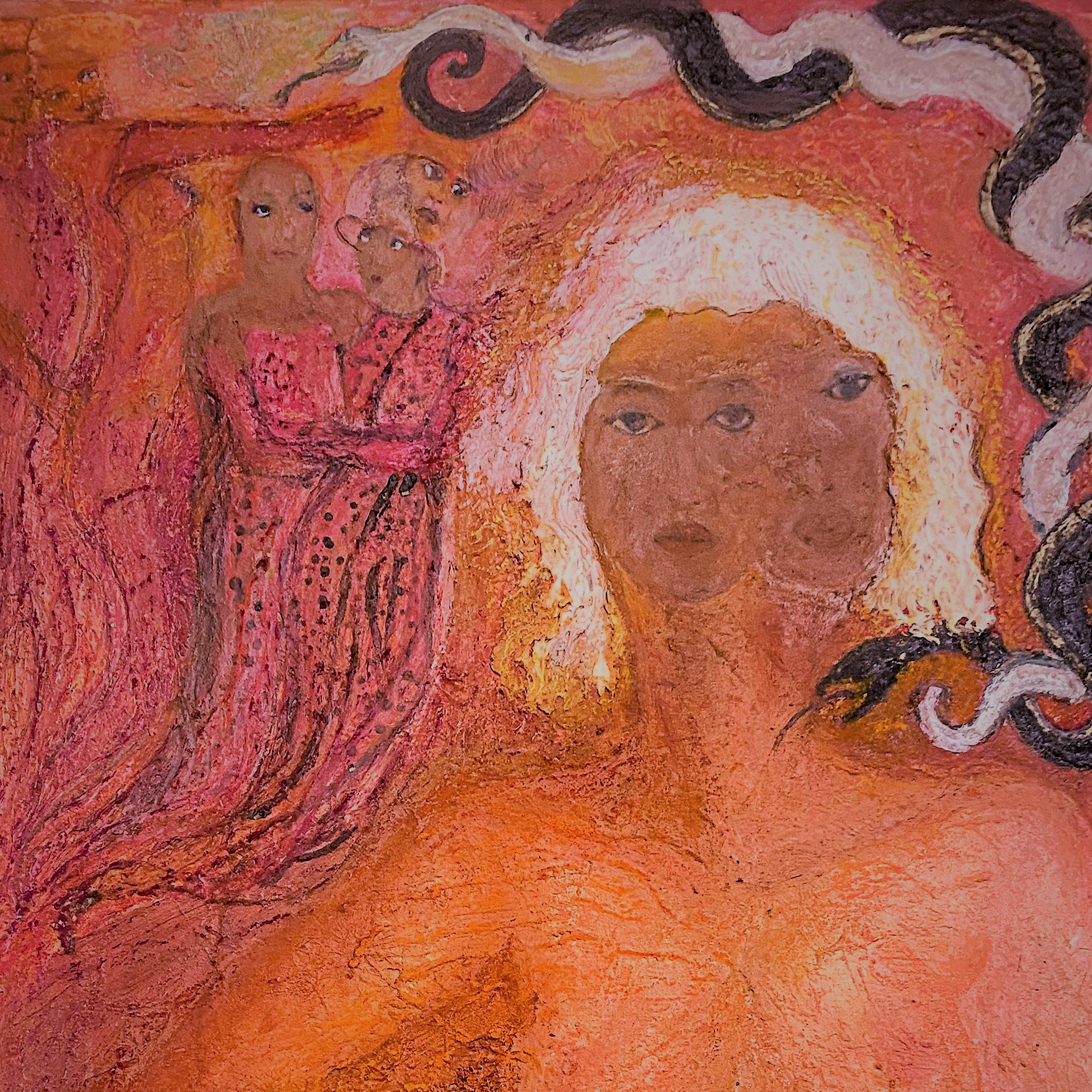 The most famous example of the Freudian aesthetic is surrealism. “Surrealism,” Andre Breton says, “is based on the belief in the superior reality of repressed associations.” It was possible for the surrealists to articulate a Freudian aesthetic because Freud’s writings on free association were available in the first quarter of the twentieth century. In contrast, Jung’s writings on active imagination were unavailable at that time.

Jung was influenced by visual art works as a young man and by his encounter and relationship to Modern Art. “At one time I took a great interest in art. I painted myself, sculpted and did wood carving. I have a certain sense of color. When modern art came on the scene, it presented a great psychological problem for me. I wrote about Picasso and Joyce. I recognized there something which is very unpopular, namely the very thing which confronts me in my patients.”

The creative dialogue between the ego and the unconscious and archetypal is an important factor in the creative process since the affect laden ego mixes with the archetypal unconscious to create the artistic product. By creating art out of their own active imagination, dreams, visions, images, dance, or writings, participants will directly embody the relation between art and psyche and then have an opportunity to share with other participants their uniquely personal experience of the creative process.

Learning Objectives
On completion of this class, you will be able to:

1. Discuss the practical, clinical value of the theoretical difference between Freud’s technique of free association and Jung’s method of active imagination.
2. Explain clinically how to apply Jung’s method of internal dialogue between the ego and images that emerge spontaneously, autonomously, and purposively from the unconscious to enable clients to experience their psyche
3. Develop a general knowledge of Jung’s relationship with his imagination.
4. Describe the difference between being an “Artist” and the Artist within.
5. Learn how to employ Jung’s method of Active Imagination in order to induce in clients an altered state of consciousness so that they can access the archetype of creativity within the unconscious.

With the exception of the course on Redemption and the Dark Masculine, these are online courses, given through the program Zoom.
Please download the Zoom program in advance of the first class session at Zoom.us

The Redemption and the Dark Masculine course is a course
which is given in-person only at the Jung Center, 28 East 39th Street, NYC

PAY ONLINE: YOU DO NOT NEED A PAYPAL ACCOUNT.
HERE IS HOW TO PAY WITH A CREDIT CARD:
On the Paypal login page, look below login fields for a boxed link
that reads PAY WITH DEBIT OR CREDIT CARD.

The full fee must be paid at the time of registration.
Please register through the payment buttons on this website.

When you pay you must also email your current email address and telephone number to the Foundation at cgjungny@aol.com.  The Foundation will send you an email message and you must reply to confirm receipt. If you are taking this course for 7.5 CE contact hours for licensed NYS Social Workers, Psychoanalysts and Creative Arts Therapists, please specify which license you hold and give your NYS license number.

Class size is limited. Early registration is strongly recommended. Refunds for continuing education courses, less $15 for administrative services, will be made up to seven days before the first session. There will be no refunds issued after classes have begun. No exceptions will be made. Programs are subject to change without notice.

Christopher Cooper, MS, LP, NCPsyA, is a Jungian analyst in private practice in New York City. He is also a strategic advisor to some of the world’s most respected brands and an expert in understanding the psychodynamics of organizations, including how archetypal patterns can disrupt the harmony and integrity of corporate cultures. Chris completed his graduate studies at Columbia University and clinical training at the C.G. Jung Institute of New York. https://christopherdcooper.com

Sanford L. Drob, PhD, is on the Core Faculty of the doctoral program in Clinical Psychology at Fielding Graduate University in Santa Barbara, California, and the C.G. Jung Institute of New York. He holds doctorates in philosophy and clinical psychology and served for many years as the Director of Psychological Assessment and Senior Forensic Psychologist at Bellevue Hospital in New York. Dr. Drob is the author of numerous professional articles in clinical, forensic and philosophical psychology. His Reading the Red Book: An Interpretive Guide to C.G. Jung’s Liber Novus was published by Spring Journal Books in June 2012. Dr. Drob’s other books include Kabbalistic Visions: C.G. Jung and Jewish Mysticism (Spring Journal Books, 2010), Kabbalah and Postmodernism: A Dialog (Peter Lang, 2009), and Archetype of the Absolute: The Unity of Opposites in Mysticism, Philosophy and Psychology (Fielding University Press, 2017). He is also a narrative painter whose work encompasses archetypal themes.

Brother Damien Joseph, SSF, is a professed member of the Society of Saint Francis, an order of Franciscan Friars in the Episcopal Church and the worldwide Anglican Communion. He currently serves as Provincial Secretary for the American Province. He received a BA from Pennsylvania State University and completed graduate study at Reformed Theological Seminary, Orlando, FL (counseling and theology) and Gordon-Conwell Theological Seminary, South Hamilton, MA (theology and ministry). He worked in counseling and case management roles in crisis counseling, inpatient mental health, outpatient substance abuse treatment, and correctional counseling. He values his roles as a teacher, a mentor, an advocate and a servant leader.

Maxson J. McDowell, PhD, LMSW, LP, is a senior Jungian analyst in private practice in New York City.  Former President of the C.G. Jung Foundation for Analytical Psychology, he is also a longtime faculty member. He has taught courses in dream interpretation online and in person for over 25 years.  He has published numerous papers on dream interpretation, Jungian psychology, narcissistic injury, systems theory and autism.

David Rottman, MA, is past President of the C.G. Jung Foundation and is a member of the Jung Foundation’s Continuing Education Faculty. He is the author of The Career as a Path to the Soul. He was the editor and publisher for The Way of the Image by Yoram Kaufmann. He has a private practice in New York City.

Maria Taveras, LCSW, is a Jungian analyst in private practice in New York City.  She is also an award-winning creator of Dream Art.  She creates art from images in her own dreams and is the recipient of two Gradiva Awards from the National Association for the Advancement of Psychoanalysis for her Dream Art.  Her Dream Art has been exhibited in New York, San Francisco, Berkeley, London, Montreal, and Cape Town.

For more information, call or write: