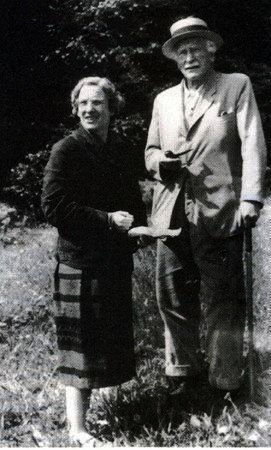 With all new readings from Jung and Von Franz, in this class we will read aloud from selected “famous” passages of Jung’s and Von Franz’s work, and discuss the meaning of the ideas in depth. In some cases, we will give ourselves the pleasure of exploring Jungian ideas word by word and sentence by sentence. The topics will include dreams, fate, relationships, the nature of complexes, approaches to healing, the search for meaning on an individual path, and last but not least, what is going on in America political and cultural life now at an archetypal level. We will have a special focus on grounding Jung’s ideas in daily living.

The Bible as Deep Psyche 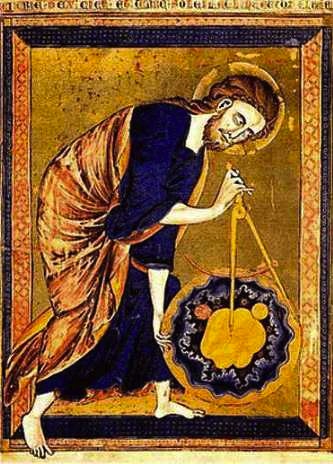 We regret that this class is full; registration is now closed.

In its long history, the Bible has been revered, reviled and everything in between. However it is rarely read as transformational symbolic material – so that’s what we’ll do! Jung reminds us that all scripture is archaic symbolic truth; that is, it is the expression of the psyche itself, needing only an open mind and a way to translate it. If you bring an open mind, I’ll bring a primer in the techniques of symbolic reading as well as an opportunity to plumb this ancient and powerful text for meaning at a collective as well as a personal level. We will explore the texts and themes of creation, of wisdom, of divine failure, sacrifice and rejuvenation to see what new light may emerge from the deep places of this foundational Western text. (Readings will include portions of Genesis, Exodus and the Gospel of John.) 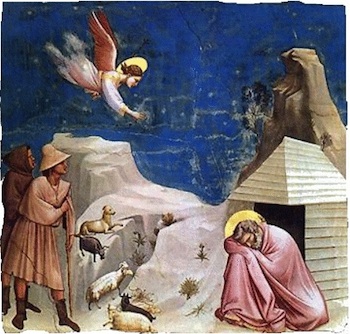 We don’t know where dreams come from but, from experience, we know their purpose. They show us the next possible step in our developing consciousness. They warn us if we are going astray, encourage us if we need it and offer penetrating insights into our confusion. To interpret dreams we need to integrate different ways of knowing: we have to be disciplined and logical but also emotional and feeling; we have to use creative intuition and we have to use our body and our sensation. Each interpretation is like a miniature individuation journey because we have to enter into the dream world, into a state of “not knowing,” and allow ourselves to be taken over by the images and their associations before we can use our ego skills to try to make sense of the dream. Then we have to return to consciousness and try to use new-found insights in our life.
This class is fun. We combine our insights to explore each dream and feel success when the class as a whole recognizes an answer and experiences a deepening of consciousness. This class is equally suitable for newcomers to dream analysis and people who have been in analysis or taken other classes. We will not work with class members’ dreams. Please bring a dream, with permission, from a family member or friend.

Bringing Dharma to Earth: The Mythology of Lord Ayyappan 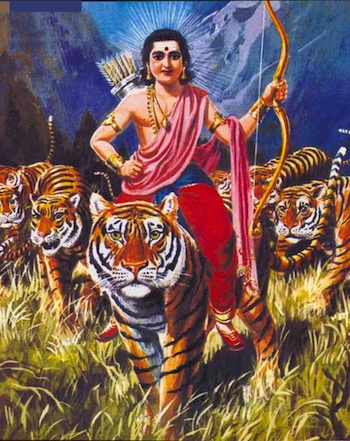 In Hindu mythology, Lord Ayyappan, son of Shiva and Vishnu (two male gods), fulfills his earthly role by vanquishing Mahishi, the buffalo-headed demoness, as part of a process of restoring dharma – right order – in heaven and on Earth. In this class, we will explore what it means psychologically to establish dharma and how it manifests in lived, felt life. We will examine various components of this popular myth from a symbolic perspective and explore the ways in which humor, surprise, disorder and error serve to further psychological aims, including a move towards wholeness. Common Jungian themes such as trickster, divine child, union of opposites, teleology and spirit will be addressed. The class, both didactic and discussion-based, is meant to be fun and creative, where we can engage our imagination and sense of play.
Note: This course is held at 26 West 9th St, 4E. 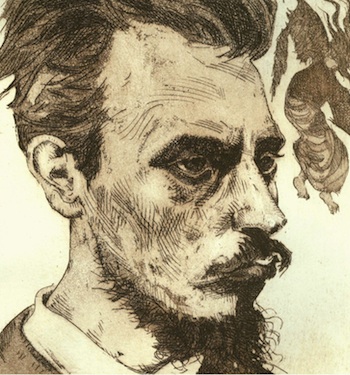 We regret that this class is full; registration is now closed.

“World overwhelms us. We order it. The order falls.
We arrange it and come apart ourselves.”
Rilke, The Eighth Elegy.

Rainer Maria Rilke considered that the task of a poet was to “penetrate to the furthest reaches of the self and express the result in poetry.” Rilke’s poems are a great testimony to his utmost ability to listen to the deepest solitudes of his own being and capture its voices in poetic form. For all his poetic facility with language, he was painfully aware that “behind all languages the inexpressible stands.” The inexpressible, he believed, “like a deeper ear, hears us.” Rilke thought that the aim of poetry is “to find images for transformation.” Duino Elegies, conceived in two bouts of poetic inspiration, are some of Rilke’s most original, transformative works. In this course we will read closely the poems and explore their potential for our transformation.
Note: This course is held at 420 East 51st Street, Suite C.

The Way of the Dream, Part 2 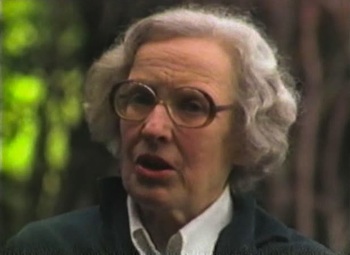 This is Part 2 of a course on The Way of the Dream, a documentary film that comprises conversations between Marie-Louise von Franz and Fraser Boa on Jungian dream interpretation. (Anyone may register for Part 2 without already having taken Part 1.) Each evening, participants will view one of these conversations on DVD and then engage in an interactive discussion and question-and-answer session about how von Franz interprets dreams in a Jungian way. Photocopies of dreams featured in the film will be provided to participants. Marie-Louise von Franz, one of the most famous Jungian analysts, was analyzed by Jung and worked closely with him for 30 years. 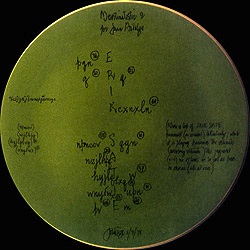 C.G. Jung listened to his own inner experiences as well as Eastern contemplative thought to develop a psychology of “wholeness.” He drew from teachers and texts that also influenced the composer John Cage, who had learned from Jung a model for exploring psyche. Passages from Jung and Cage’s writings will inform multimedia presentations that focus on finding value and pleasure in exploring the notion of “active stillness” and its role on our unique (and indeterminate) process of individuation.
Materials fee: $5. 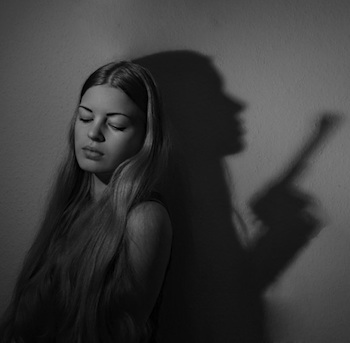 Jung defined shadow as “the thing a person has no wish to be” (CW 16, para. 470), everything we do not know about ourselves, both dark and light. However, we get glimpses of these unknown shadow parts of ourselves when we project our shadow into the world or onto another. We can come to know and embrace our shadow through dreams, projections and paying attention to the opposites that we attract or reject. During this class, the group will learn techniques to discover and engage their shadow projections so they can come to terms with their shadow and not continue to be blind to this powerful archetype. 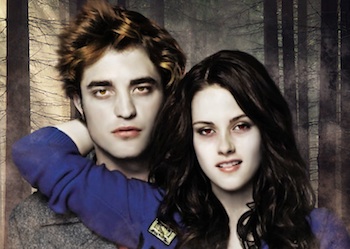 To find essential reading for the first and subsquent classes: click here, then click on “Anima-animus” in menu on left

When a woman has a crush on a man, she is partly fascinated by her own unconscious masculine potential (animus). A man may likewise be fascinated by his own unconscious feminine potential (anima). This fascination may draw a couple into relationship, but the animus and anima tend to remain unconscious. As long as each is unconscious, each tends to be destructive. With a struggle, we can become more conscious of our own animus or anima. Consciousness leads to an inner relationship (with the animus or anima) which is the source of creativity. That inner relationship also makes it easier to have relationships in the outer world. We will read five fairy tales about the animus (anima), and analyze them together. We will see that apparently simple fairy tales may contain astute psychological insight. You can expect to gain some new consciousness of your own relationship to that part of the psyche which has characteristics of the opposite gender. This will also give you practice in symbolic thought, which is necessary for analyzing dreams. 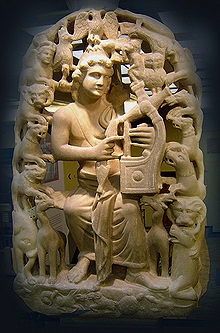 “What speaks to me of things human, immensely, with calm of authority that makes my hearing spacious, is the phenomenon of those who have died young.”
Rilke’s Letter to Annette Kolb, January 23, 1912.

We [must] let a work of art act upon us as it acted upon the artist. To grasp its meaning, we must allow us to shape us as it shaped him. Then we also understand the nature of the primordial experience.
C.G. Jung, CW 15, p. 105.

We will continue our study of transformative poetic images from another major work of Rilke’s – Sonnets to Orpheus. The cycle of fifty five sonnets, written in February, 1922, are Rilke’s memorial to his friend’s daughter, a dancer who died young. Rilke himself considered them the most mysterious songs: “in the way they came up and entrusted themselves to me, the most enigmatic dictation I have ever held through and achieved.” In The Sonnets, Rilke beautifully condensed enormous amounts of psychic material around the mythologem of Orphic descent. Interaction of the poem, translator’s voice and reader/listener’s subjectivity will elucidate the experience of the reality of imagination. In the class, we will interpret and harken to the sounds and symbols of the transformative mythopoeic process expressing itself through poetic speech. We will trace the vicissitudes of the image as it transforms itself, revealing ever-deeper dimensions of the soul. Emphasis will be given to foster imaginal consciousness that is attuned to the mythopoeic imagination.
Note: This course is held at 420 East 51st Street, Suite C.

Beyond Words: Journaling in Images 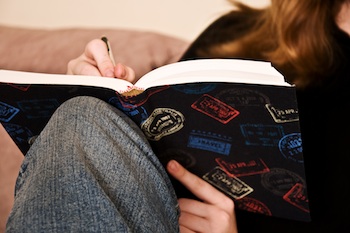 Many individuals who strive for a greater self-knowledge keep journals, which are most often recorded in written language. However, Jung was particularly attuned to the place images play in the life of the psyche, telling us that “the psyche consists essentially of images . . . full of meaning and purpose.” This class is instructive and experiential. Participants will learn techniques for eliciting images and how to give them visual expression using a simple painting approach in journal form. They will also learn ways to break through creative blocks and work in a spontaneous manner. No art experience or skill is necessary, only the desire to explore how a journal beyond words can enrich one’s life.
Materials fee: $35