The C.G. Jung Foundation Continuing Education courses are five-week courses designed to be informative and stimulating both to the general public and to professionals. Our program offers you the opportunity to study and explore analytical psychology, the works of C.G. Jung, and fields of related interest.

Writing Away the Demons: Stories of
Creative Coping Through Transformative Writing 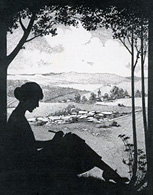 Dr. Sherry Reiter, author of Writing Away the Demons: Stories of Creative Coping Through Transformative Writing, will share the therapeutic writing adventures of five individuals who wrote their way through crisis. Each session will have a didactic and an experiential component, featuring the principles and techniques of Transformative Writing (also known as poetry therapy, bibliotherapy and journal therapy). Bring pen, paper and an open heart.

Dreaming in Black and White:
Race in the Unconscious

This course will allow participants to review their own dream images as well as those appearing in Jung’s dreams within both a personal and multicultural context. The course will explore race, racism and culturalism as experienced in dreamlife and the collective. We will review Jung’s relationship to a variety of ethnic cultures including Eastern, American, African and Native American as seen through his writings.

Fairy Tales and the Development of the Feminine 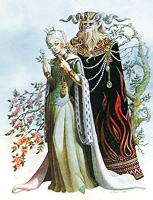 You may be startled by images of feminine development: they are quite different from the hero’s journey. We will analyze tales from around the world to learn about the feminine, an aspect of both women’s and men’s psychology which is sometimes hidden in plain sight. We will pool our insights to interpret each tale. The classes are fun. We will practice symbolic thinking, learning how stories and images can portray psychological dynamics. The skills we will practice are also helpful for interpreting dreams. 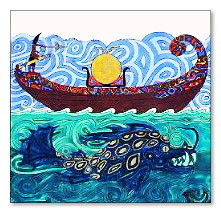 The Red Book Part One: Spring I:
Initiation into the Spirit of the Depth

With the publication of The Red Book we have a rare opportunity to look into the creative cauldron that led Jung to develop his unique psychology project. And this glimpse is not for the faint-hearted, since the territory that Jung explores over the years in his active imagination includes the extremes of human experience: madness, murder, abysmal despair, hell, horror, birth of god, sacrifice. This “stream of lava?that had shaped Jung’s life had provided him with the prima materia that for forty-five years he kept distilling in the vessel of psychological work to formulate his unique approach to healing of the human soul.

The two courses (that need to be taken together) constitute an initial exploratory sketch of the material of The Red Book and do not pretend to offer a definitive account and understanding of the opus, but rather an initiation into its spirit. Liber Novus has taken Jung sixteen years to create, and has taken its editor, Sonu Shamdasani, thirteen years to render into print. Thus, it will require time and multiple forums to unpack and digest its contents. We will follow multiple hermeneutical layers interwoven in the material. With the death of the Hero (which for us also means Jung)—a major motif in the book–we are all left to consider our own individual journeys, and make our own meaning from the material. We will locate this work within Jung’s psychological development and his subsequent work. We will ponder the relevance of the material for the spirit of our times.

The course is limited to 12-15 participants.

The Tibetan Book of the Dead 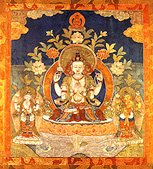 The Tibetan Book of the Dead describes what happens between death and rebirth. It is the crucial period of opportunity: one can escape the repetition of birth altogether, or at least choose one’s next karmic surroundings for the best possible chance of development. This course will look at this beautiful text from a depth psychological perspective. From this perspective it describes the inner workings of the psyche, and it is our task to make sense of the wisdom in our lives. We will also explore how this perspective can be applied to other sacred texts, and how these manifestations of the psyche differ from others, such as dreams and myths.

Artistic Influences on the Development of Jung’s Red Book

The Wealth of the Soul Exists in Images — The Red Book

Between 1914 and 1930, C.G. Jung engaged in self-exploration with his unconscious which evolved into his monumental work, The Red Book. The New York Times described The Red Book as “The Holy Grail of the Unconscious?and the editor of the book, Sonu Shamdasani, wrote that The Red Book was “possibly the most influential hitherto unpublished work in the history of psychology.? When one encounters the book, it is obvious that both quotations are true and one feels the desire to bow in awe to Jung’s massive undertaking and accomplishment.

The distinctive red leather bound book contains calligraphy written in Latin and German along with beautiful detailed drawings and illustrations. The Red Book has been equated with medieval manuscripts and The Book of Kells. In Jung’s text, he also gave special prominence to the drawing of mandalas, the sacred circle. The mandalas, drawings, and illustrations all contributed to the evolution of Jung’s future theoretical work.

In addition to the development of his future theories, The Red Book revealed Jung to be a very gifted artist and calligrapher. Historically, Jung referenced himself as a scientist and not an artist. However, The Red Book revealed Jung to be an artist and it is apparent that there have been influences on his art. This course will discuss Jung’s encounter with the mandala beginning in 1896, when he sat in a séance with his cousin, Helene Prieswerk, and will look at experiences he had as a youth with art, the artists that appealed to Jung, the travels and circle of associates that influenced his art, and his movement toward symbolic art. 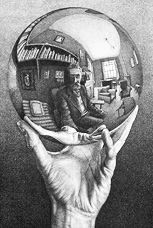 Jung observed that “in each of us there is another whom we do not know. He speaks to us in dreams and tells us how differently he sees us from the way we see ourselves.” Thus, when we listen to a dream, we listen to the Self. Dream analysis requires not only a rigorous structure of logic, but also imaginative play; we will explore both. This class is fun. An interpretation succeeds when the class as a whole feels convinced, when we together experience a deepening of consciousness. We will not use participants’ personal dreams. 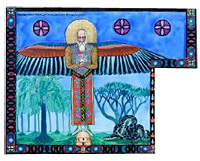 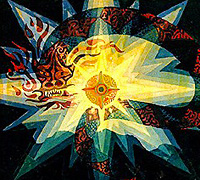 The course will look at Jung’s West/East understanding, in theory and practice, with imagery from his recently published Liber Novus (The Red Book) as its touchstone. We will explore some fundamental concepts shared by Jung and Eastern psychology; including Divine Androgyny and the principle of “the two in the one? “dependent origination,?and the transcendent function; cultivation of wisdom through compassion; and the self-generating nature of mind/psyche.

Short suggested readings will be drawn from writings in Jung’s Collected Works, including some found in “Psychology and the East.”

In addition to the regular tuition, there will be a $5.00 materials fee. 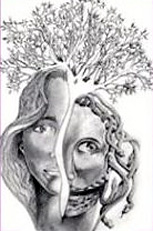 Jung’s paintings in the Red Book were completed over a number of years, following his written record of his confrontation with the unconscious. Experience. Writing. Painting. Our engagement with these materials continues that process, amplifying it through our own processes of active imagination. In this seminar, we shall interact with and study selected paintings from the Red Book and also draw upon our own more personal experiences of the transcendent function, the union of conscious and unconscious contents. It is an invitation to consider whether one might develop one’s own Red Book. Our guides shall be Jeffrey Miller’s The Transcendent Function and the paintings in the Red Book.

Fanny Brewster, PhD, holds a doctorate in Clinical Psychology from Pacifica Graduate Institute. She is currently a Candidate at the C.G. Jung Institute of New York and a NYS Certified School Psychologist. [Class description]

Harry W. Fogarty, Phd, is a Lecturer in Psychiatry and Religion at Union Theological Seminary and a Jungian analyst in private practice in New York City. [Class description]

Royce Froehlich, MA, MDiv, LCSW-R, is a psychotherapist in private practice and faculty member of the C.G. Jung Foundation. He is in training to become a Jungian Analyst at the CG Jung Institute of New York, where he recently received the Halpern-Kelly Award. [Class description]

Jane Selinske, EdD, LCSW, LP. MT-BC, is a Jungian analyst, a certified teacher and trainer of Mandala Assessment, and a Board Certified Music Therapist. She is currently a faculty and board member of the C.G. Jung Foundation and the C.G. Jung Institute of New York and on the faculty of the Institute for Expressive Analysis in New York. She has a practice in Montclair, New Jersey. [Class description]

Morgan Stebbins, MDiv, LMSW, is a Jungian analyst in private practice in New York City. He has led seminars at the University of California, Berkeley, and Columbia University. [Class description]

Sylvester Wojtkowski, PhD, is a Jungian analyst and clinical psychologist in private practice in New York City. He received his doctorate from the New School for Social Research. [Sessions I & II class descriptions]