The C.G. Jung Foundation Continuing Education courses are five-week courses designed to be informative and stimulating both to the general public and to professionals. Our program offers you the opportunity to study and explore analytical psychology, the works of C.G. Jung, and fields of related interest.

Narcissism in Legends and Fairy Tales 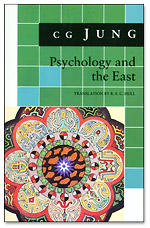 The course will introduce students to brief overviews of the primary religious traditions of India, China, Tibet and Japan, and then present the major writings of C.G. Jung on these same religions. The text for the course will be the very accessible paperback, C.G. Jung, Psychology and the East, translated by R.F.C. Hull. This book consists of essays about and introductions to major studies of Eastern religions and to translations of Eastern religious texts written by Jung over many decades. The religions represented include Hinduism, Taoism and Chinese religion more generally, and the Buddhist traditions of Tibet and Zen. In each case, the instructor will give an overview of the religion in question, present Jung’s ideas on this religion from the textbook, compare Jung’s ideas with current scholarly and popular thinking on the same subjects, and present the subjects from the point of view of comparative religion studies. Jung did not approach these religious traditions from the point of view of pure scholarship, but rather from the point of view of depth psychology. During each class period there will be time and opportunity for discussion by participants.

This course will introduce the basic principles of the psychology of C.G. Jung: consciousness, the personal unconscious, symbols, dreams, archetype, ego, persona, shadow, anima/animus, the Self, and individuation. Readings, lectures, and group discussion will lead participants toward an understanding of these concepts. 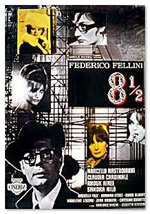 Movies are far more efficient than the theatre … they are able to produce amazing symbols to show the collective unconscious.

Open your heart. The movie you are about to make (8½) is like a session with the psychoanalyst. You will discover more than you think. You have to make this film not so much for yourself as for art as an absolute.

During the last decade there has been a great increase of interest in the cinema among Jungian analysts. We will explore the variety of perspectives to movies in works of John Beebe, Patricia Berry, Chris Hauke and others. Informed by these views, we will approach the cinema of Federico Fellini. In particular we will focus on the 8½, often considered one of the most important works of art of the twentieth century. During the class, we will discuss the film on the background of his other works.

Active imagination helps us to talk with the unconscious: it requires a confrontation between two distinct agents in the psyche. The unconscious produces images; consciousness responds to these images with feeling and tries to understand their meaning. Painting allows us to express vivid, unconscious images. We will read Jung and von Franz on active imagination and then work with paints and explore the resulting images. If you have never used paints since grade school, so much the better! 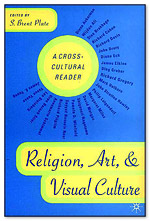 Carl Jung was fascinated by the art of sacred traditions from around the world. Together we will explore art as a vehicle for heightened religious experience within the context of two major religions: Hinduism and Buddhism. Each class will include a brief overview of core religious tenets, a slide presentation focusing on specific works of art and discussion exploring the intimate and fascinating relationship between two these two faiths. Participants will be encouraged to reflect on the function of art within the context of sacred traditions as dynamic expressions of archetypal symbols throughout history and within the context of their own dreams.

Dreams and the Creative Process:
Writing as a Way of Creative Self-Expression

This experiential course will allow participants to bring their dreams to class and write from these dreams. The course would allow for the deepening of one’s own individual dream work while working within a group container, which supports artistic and psychological growth. The course would be of value for individuals seeking ways to explore the multidimensionality of the psyche.

This course is a continuation of Basic Concepts of Analytical Psychology, Part 1. Through lecture and discussion, participants will gain a deeper understanding of selected principles first introduced in the basic course, as well as explore concepts not yet covered, such as synchronicity, alchemy, and active imagination. 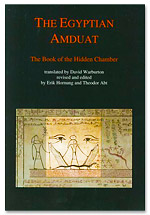 With all the emphasis on C.G. Jung’s interest in Asian religions, the enormous influence on his work on ancient Egyptian religion is often overlooked. While he did not actually write a separate book on Egypt, a look at the indexes to his major works will reveal numerous references to Egyptian religion, particularly the mythological cycle of Osiris, Seth, and Horus, along with the Four Sons of Horus. Jung’s ideas on the mandala and the quaternity were deeply influenced by ancient Egyptian religion. Jung visited Egypt in 1926 as the last leg of his extensive trip to Africa. He stayed in Cairo alone for three months, and traveled extensively the length and breadth of the Nile Valley. He approached Egypt from the south, from Africa, and emphasized the African origins of Pharaonic culture, rather than “as a European,?arriving from Europe.

In this course, we will examine the role and influence of ancient Egypt on Jung’s theories. The instructor is an Egyptologist, has visited Egypt twice in recent years, and has completed what will be the first e-Book on the New York Public Library web site: Egyptian Images of the Afterlife, Illustrated through 19th Century Prints and Photographs. A book on the Egyptian Underworld book, The Amduat, co-written by the renowned German Egyptologist, Erik Hornung, and the Jungian analyst, Theodor Abt, will be used as a text for the course. 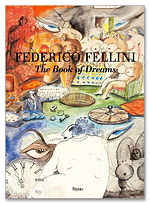 The great asset of the movies is the amazing effects they can produce. — C.G. Jung:Dream Analysis, p. 49.</p >

[Dreams] are the small and big myths that help people to understand.

In 1960, during his work with Ernst Bernhard, a Jungian analyst, Federico Fellini started an illustrated dream book, which he continued until 1984. Recently published as a lavish Rizzoli volume, Federico Fellini: The Book of Dreams provides a unique insight into the psyche of one of the creative geniuses of the modern times. Fellini movies both contain dreams of the characters and often unfold in dream-like sequences. We will look at the interplay of dreams and cinema in Fellini’s work.

Fanny Brewster, PhD, holds a doctorate in Clinical Psychology from Pacifica Graduate Institute. She is currently a Candidate at the C.G. Jung Institute of New York and a NYS Certified School Psychologist. [Class description]

Laura Lombard, PhD, is an adjunct professor at New York University’s School of Continuing and Professional Studies where she teaches courses devoted to comparative religion and the visual arts. She also has taught art and illustration classes at the School of Visual Arts where she received an MFA in painting. Her doctoral research at the Union Institute & University examined the art of Ethiopian prayer scrolls, artifacts used during faith healing rituals in Ethiopia, from both magico-medical and Jungian psychoanalytic perspectives. [Class description]

John M. Lundquist, MLS, PhD, is the recently retired Susan and Douglas Dillon Curator of Asian and Middle Eastern Collections in the New York Public Library. He is an adjunct professor of Philosophy and Religious Studies at Pace University, and has taught at FIT, SVA, the Bard Graduate Center, the Cooper-Hewitt Smithsonian Institution, the C.G. Jung Foundation, and other New York City universities. He is the author of The Temple: Meeting Place of Heaven and Earth (Thames and Hudson, 1993), and The Temple of Jerusalem: Past, Present, and Future (Praeger, 2008). [Session I class description]; [Session II class description]

Maxon J. McDowell, PhD, LMSW, LP, is a Jungian analyst in private practice in New York City. Former President of the C.G. Jung Foundation for Analytical Psychology, he is also a faculty member of the Westchester Institute for Training in Psychotherapy and Psychoanalysis. [Session I class description]; [Session II class description]